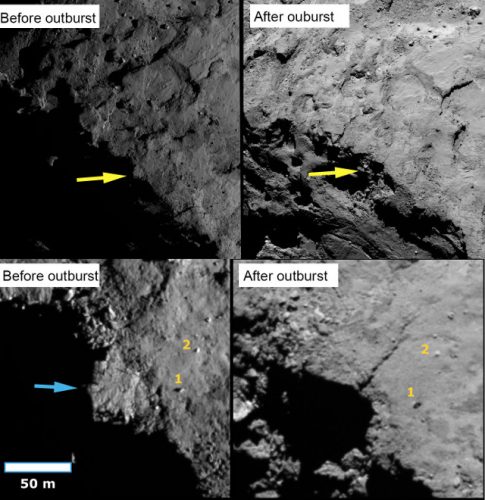 At the EPSC-DPS conference taking place in Geneva, Switzerland, new evidence was presented that on comet 67P/Churyumov-Gerasimenko there are collapsing cliffs and bouncing boulders. Some scientists examined the approximately 76,000 high-resolution photographs taken by the ESA’s Rosetta space probe’s OSIRIS camera to study the activity on the comet’s surface in the period in which it was active.