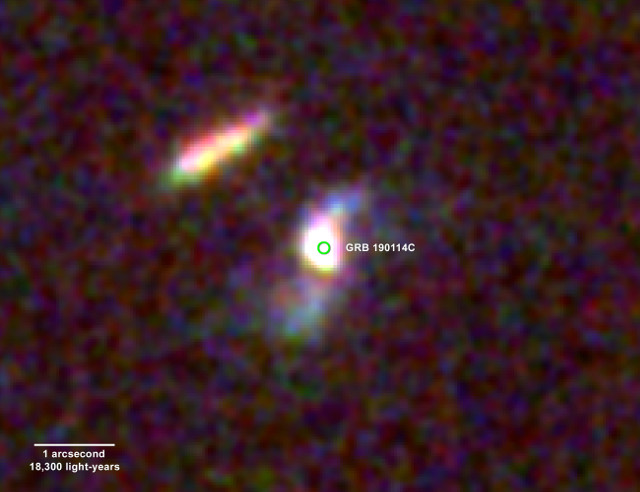 Three articles published in the journal “Nature” report different aspects of the study of a gamma-ray burst cataloged as GRB 190114C which was observed at many frequencies in what’s called multiband observation. Many scientists, particularly the ones from the MAGIC Collaboration, combined observations made using space and ground-based telescopes to study the gamma-ray burst with the greatest energy ever observed. In fact, photons were detected with an energy of the order of the teraelectronvolt, a level theorized for a long time but only now confirmed. A fourth article to be published in the journal “Astronomy and Astrophysics” reports an analysis of the galaxy in which GRB 190114C occurred.