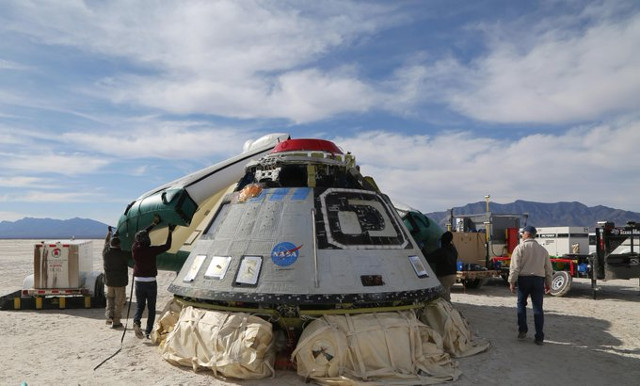 Boeing has announced that its engineers and technicians are conducting an in-depth examination of its CST-100 Starliner spacecraft, which landed on December 22 after the premature end of its Boe-OFT (Boeing Orbital Flight Test) mission. The exam includes the recovery of all the data recorded by the on-board systems to obtain final answers on the problem that caused an off-nominal orbit insertion about half an hour after launch. After landing at the White Sands Missile Range, New Mexico, the name Calypso was proposed by astronaut Sunita Williams and quickly approved, therefore it will be the official name used in the next missions, as the spacecraft is reusable. 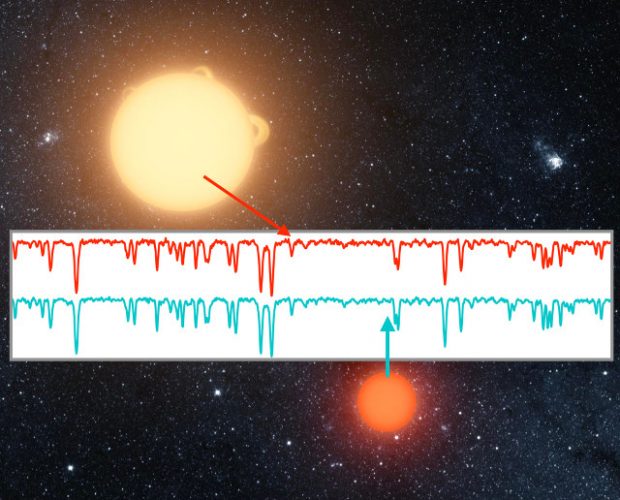 An article accepted for publication in the journal “The Monthly Notices of the Royal Astronomical Society” reports a study on wide binary stars. A team of researchers led by Keith Hawkins of the University of Texas, Austin, studied 25 pairs of wide binary stars identified using data collected by ESA’s Gaia space probe. Using the Harlan J. Smith telescope at the McDonald Observatory, the researchers examined in depth the chemical composition of the 50 stars, concluding that stars born together show a practically identical chemical composition, much closer than randomly chosen stars of the same type. 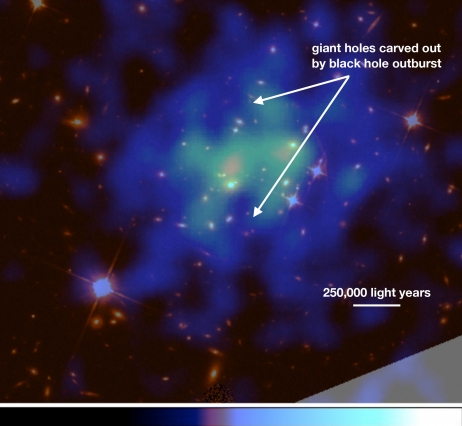 An article published in “The Astrophysical Journal” reports a study on a supermassive black hole in the galaxy cluster SPT-CLJ0528-5300 or simply SPT-0528 that had a really extraordinary outburst. A team of researchers used in particular NASA’s Chandra X-ray Observatory to study that activity finding that the materials pushed away created two huge cavities 180° from each other. By measuring the volume and pressure of the displaced gas and calculating the age of the cavities, it was possible to estimate the energy of that activity in over 1054 joules, the highest discovered so far in a distant cluster. It could be the cause of a limited star formation in clusters like this one. 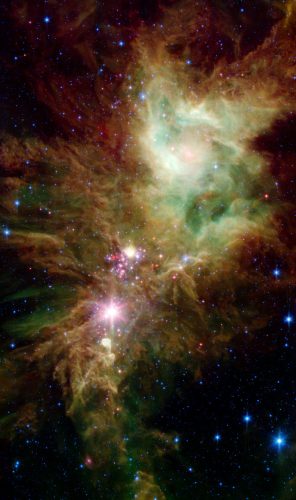 NASA’s Spitzer space telescope captured a new image of the so-called Christmas Tree Cluster, so nicknamed for its shape. That appearance is enhanced by a remarkable star formation with the consequent presence of protostars that emit a light that appears pink or red to Spitzer that gives the area an effect similar to the Christmas tree’s balls. It’s part of a set of objects collectively known as NGC 2264 which also includes the Snowflake Cluster, the Cone Nebula and the Fox Fur Nebula. 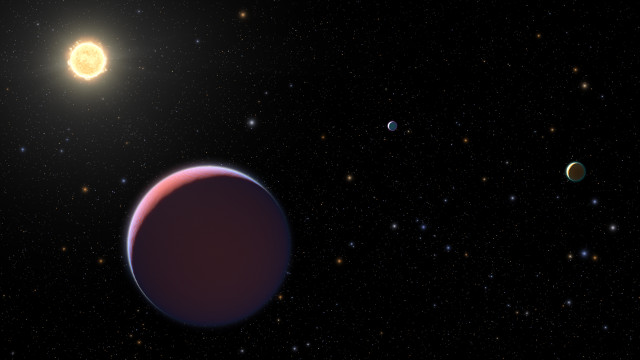 An article to be published in “The Astronomical Journal” reports a study on three gas exoplanets discovered in the Kepler 51 system belonging to a rare type that has a very low density even by the standards of these planets. A team of researchers led by Jessica Libby-Roberts, a graduate student at the University of Colorado, Boulder, used the Hubble Space Telescope to study those three exoplanets confirming their density so low as to deserve nicknames such as “cotton candy planets” or “super puffs”. This study suggests that they’re quickly losing mass so in the distant future they could turn into mini-Neptunes, a much more common category.