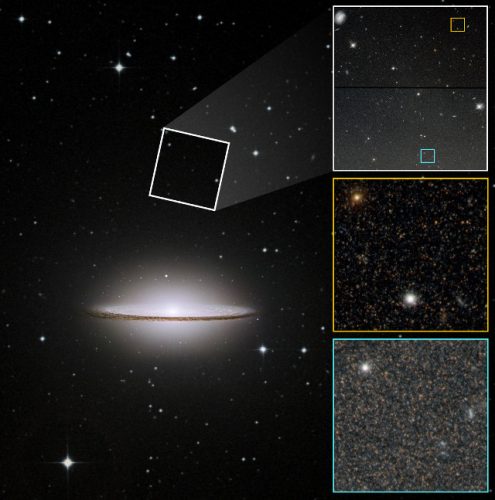 An article published in “The Astrophysical Journal” reports a study on the Sombrero Galaxy and in particular on its halo. A team of researchers used the Hubble space telescope, finding a surprising abundance of stars rich in heavy elements, and computer simulations to try to understand the origin of this galaxy difficult to catalog because it’s a hybrid between the elliptical and the spiral shapes. The conclusion is that its growth occurred from the merging of two or perhaps even more massive galaxies in a chaotic process. 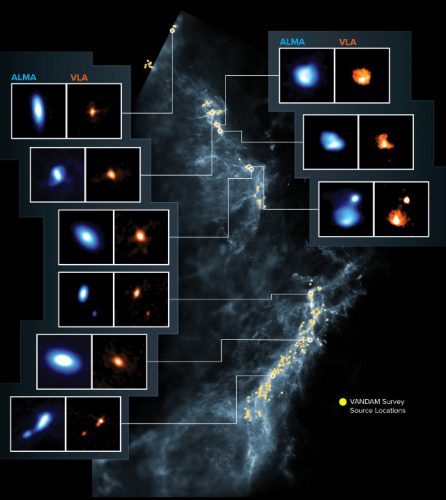 Two articles published in “The Astrophysical Journal” report the study of a total of over 300 protostars with their protoplanetary disks in the Orion Complex, a group of molecular clouds that are perfect nurseries for the birth of new stars. A team of researchers led by John Tobin of the National Radio Astronomy Observatory (NRAO) used the data collected by the VLA and ALMA radio telescopes during the VLA/ALMA Nascent Disk and Multiplicity (VANDAM) survey to identify the four youngest protostars in the Orion Complex. A team expanded with the addition of other researchers investigated 328 protostars identified in those molecular clouds. 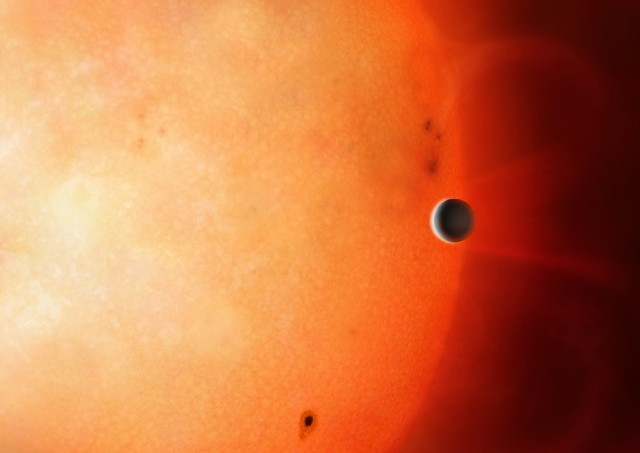 An article published in the journal “Monthly Notices of the Royal Astronomical Society” reports a study on the exoplanet NGTS-10b, an ultra-hot Jupiter whose year lasts only about 18 hours. A team of researchers led by Dr James McCormac of the British University of Warwick used data collected during the NGTS survey to identify NGTS-10b thanks to its transits in front of its star. It’s the hot or ultra-hot Jupiter closest to its star observed so far, so close to it that in the distant future it could approach the point of being destroyed. This makes it an interesting object of study, also because observations conducted for several years will measure its orbit’s changes to understand if it’s really doomed.

An article published in the journal “Nature Astronomy” reports a study on the abundance of water in the atmosphere and in particular in the equatorial region of the planet Jupiter. NASA’s Juno mission team used data collected by the space probe, which has been orbiting the gas giant for about 3.5 years. The conclusion is that water makes up about 0.25% of the molecules in Jupiter’s atmosphere, about three times those present in the Sun’s atmosphere estimated through the presence of its components. This is a result that indicates an abundance much higher than that measured in 1995 by the Galileo space probe. 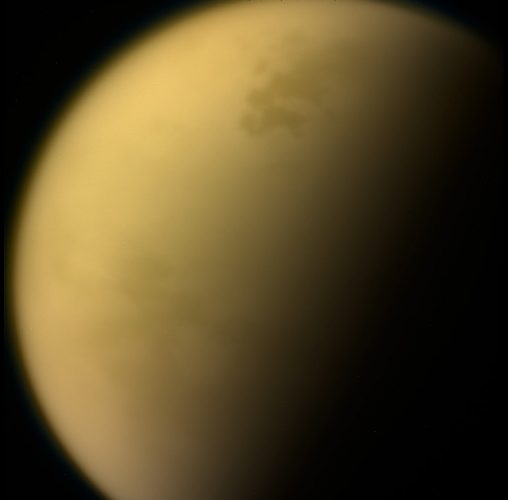 An article published in “The Astrophysical Journal” reports a study of the chemical compounds in the atmosphere of Titan, Saturn’s great moon. Takahiro Iino of the University of Tokyo, together with Hideo Sagawa of Kyoto Sangyo University and Takashi Tsukagoshi of NRAO (National Astronomical Observatory of Japan) used the ALMA radio telescope to detect the chemical signatures of the compounds existing on Titan discovering that of acetonitrile, including a rare isotopomer that contains nitrogen-15.