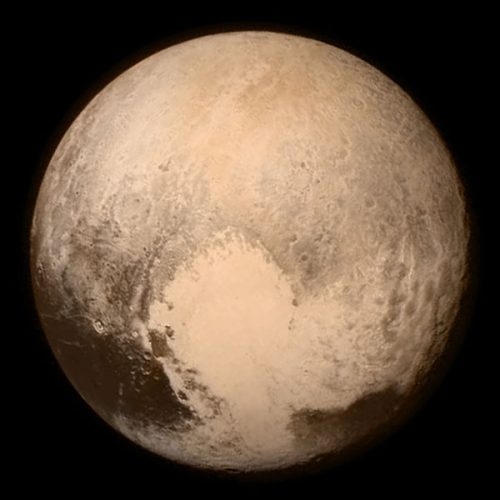 An article published in the “Journal of Geophysical Research” reports a study on the dwarf planet Pluto and in particular on the heart-shaped region called Tombaugh Regio and its influence on global atmospheric circulation. A team of researchers coordinated by NASA’s Ames Research Center used data collected by the New Horizons space probe to specifically study nitrogen circulation and its cycle appropriately compared to a heart beat. This is another confirmation that Pluto is an active small world despite its small size and thin atmosphere.