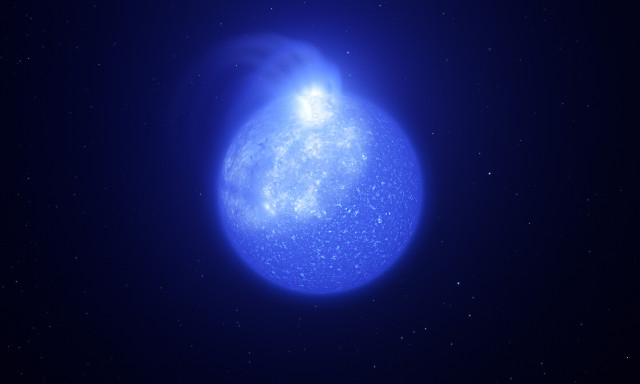 An article published in the journal “Nature Astronomy” reports a study on stars of a particular type since they’re much smaller than the Sun but much hotter and therefore blue. A team of researchers led by Yazan Al Momany of the Italian National Institute of Astrophysics, Padua, used various instruments on ESO’s Very Large Telescope (VLT) and NTT (New Technology Telescope) in Chile to study stars of that type discovering the equivalent of sunspots but even three thousand times larger in size. In some of these spots, flares have been observed that are millions of times more intense than the Sun’s which indicate the presence of very intense magnetic fields.

The so-called stars of the extreme horizontal branch are present in the Milky Way’s globular clusters, and for decades astronomers have been trying to understand how they are formed. The temperatures on their surface range from 20,000 to 30,000 K even if their mass is around half the Sun’s due to helium fusion in their core while hydrogen fusion, the one that powers stars in the so-called main sequence like the Sun, occurs in the layers around the core. Cases have been found in the galactic halo of stars whose evolution has been altered by the presence of very close companions, but usually the ones identified in the globular clusters have no companions even if in those clusters there are many stars.

Yazan Al Momany’s team monitored a series of extreme horizontal branch stars in three globular clusters for a long time using a set of instruments. In the case of the VLT at the Paranal Observatory, VIMOS (VIsible Multi-Object Spectrograph), FLAMES (Fiber Large Array Multi Element Spectrograph), and FORS2 (FOcal Reducer and low dispersion Spectrograph 2) were used, together with OmegaCAM on the VLT Survey Telescope. In the case of the NTT at the La Silla Observatory, ULTRACAM was used.

The monitoring of the extreme horizontal branch stars in the globular clusters revealed a variability in their brightness that can occur even in just a few days. The analysis of that phenomenon led the researchers to conclude that they’re star spots similar to sunspots, in the sense that in both cases they’re caused by magnetic fields, but much larger and more energetic.

The researchers also discovered a couple of cases of superflares, eruptions millions of times more intense than the Sun’s. These are unexpected events that stress the importance of magnetic fields in the properties of extreme horizontal branch stars. These superflares can lead to significant mass losses that could explain the premature death of this type of star.

The presence of these star spots helps to understand the origin of the powerful magnetic fields observed in very different objects, the white dwarfs, what remains after the death of a star similar to the Sun or smaller. Santi Cassisi of the Italian National Institute of Astrophysics, Teramo, explained that the changes in brightness of all the hot stars could have the same origin and can be characterized by magnetic spots on their surface.

In essence, this study of a very particular type of star offered results that are interesting in research into other stars of very different types as well. Similar, if not the same, processes in very different stars can provide a bigger picture of how they work and their evolution. 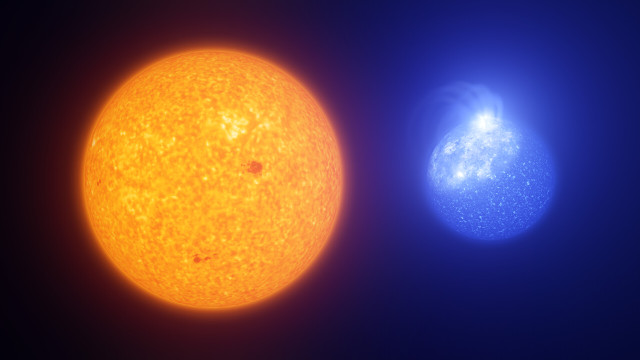 Previous Post: The interstellar asteroid ‘Oumuamua could be a hydrogen iceberg
Next Post: Galaxies and cosmic voids used to measure the Hubble constant