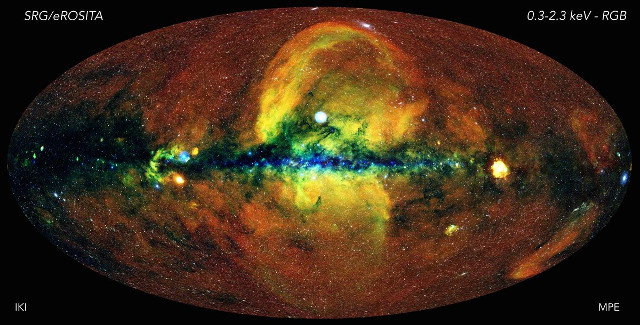 The Max Planck Institute for Extraterrestrial Physics (MPE) has published an X-ray universe map obtained thanks to the eROSITA instrument, which the institute built for the Spektr-RG space telescope. This map includes about a million objects related to the hot and energetic part of the universe. It’s about 4 times deeper than the previous map of this type and contains about 10 times the number of energy sources, the equivalent of those discovered by all X-ray telescopes combined in over half a century of observations. It took about six months for eROSITA to complete this survey, which is only the first of eight expected in the course of about four years that will offer information that is likely to be used for decades.