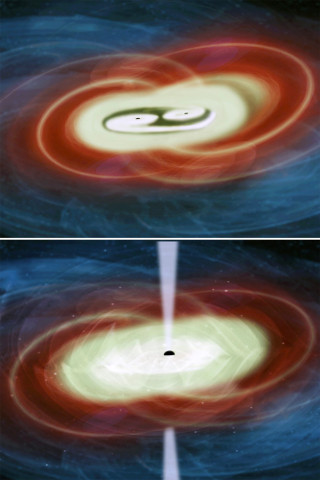 An article published in “The Astrophysical Journal” reports a study of over 2,000 active galactic nuclei (AGN) among which some may have two supermassive black holes. A team of researchers led by Pablo Peñil, a Ph.D. student at Universidad Complutense de Madrid in Spain, analyzed the data collected in nine years of observations from NASA’s Fermi space telescope to identify gamma-ray emissions that repeat every two years and could indicate the interaction of two supermassive black holes. 11 of the galaxies examined have nuclei with this type of emissions while 13 others show hints of that type of emissions and require follow-up observations to verify their nature.