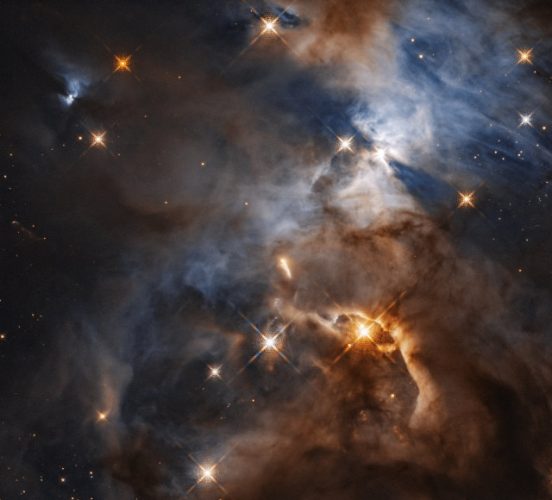 An article published in “The Astrophysical Journal” reports multi-epoch observations conducted with the Hubble Space Telescope of the star HBC 672 and the movement of the shadow projected by its protoplanetary disk onto an interstellar cloud. A team of researchers led by Klaus Pontoppidan of the Space Telescope Science Institute (STScI) compared the positions of the shadow over 13 months, noting its movement, which has a visual effect similar to a flapping of wings as its shape reminds of that to the point that the star and its protoplanetary disk have been nicknamed Bat Shadow. It could be a planet that is forming and warping the disk.