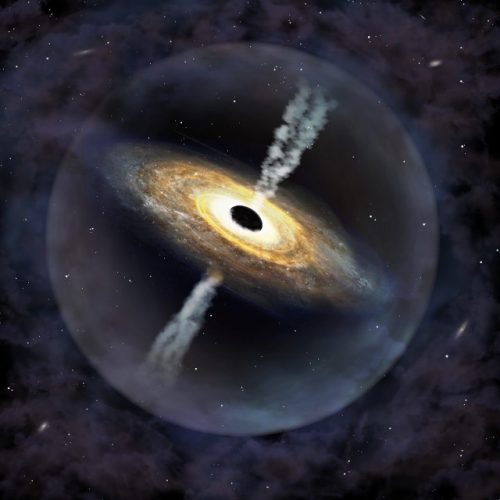 An article accepted for publication in “The Astrophysical Journal Letters” reports the discovery of a very bright primordial quasar that was cataloged as J100758.264+211529.207, or simply J1007+2115, and named Pōniuāʻena. A team of researchers used three Mount Maunakea Observatories in Hawaii to identify one of the oldest known quasars, surpassed in age only by the one cataloged as J1342+0928, whose discovery was announced in December 2017.

From Earth we see Pōniuāʻena as it was about 13 billion years ago, a quasar powered by a supermassive black hole with an estimated mass of 1.5 billion times that of the Sun, almost twice the one that powers J1342+0928. This raises more than ever the problem of the quick growth of some primordial supermassive black holes.