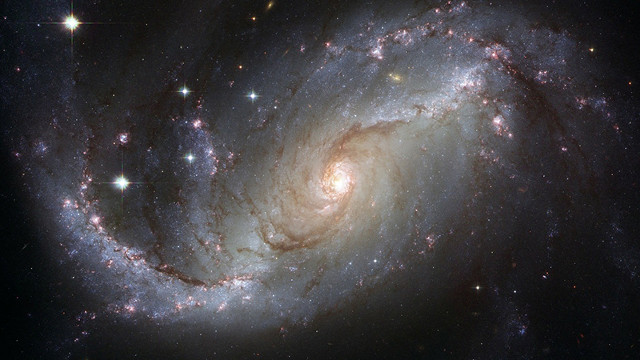 An article published in “The Astronomical Journal” reports a calculation of the universe expansion rate based on the so-called Tully-Fisher relation, an empirical relationship between the intrinsic brightness of a spiral galaxy and its asymptotic rotation velocity. Professor James Schombert, Stacy McGaugh, and Federico Lelli used the accurate distances of 50 galaxies as a guide to measure the distances of 95 other galaxies and then use those measurements to obtain a measure of the so-called Hubble Constant which has a peak of probability at 75.1 kilometers per second per megaparsec. This measure is very different from those obtained with other methods and, as a consequence, indicates that the universe is approximately 12.6 billion years old compared to approximately 13.8 billion obtained from other research.