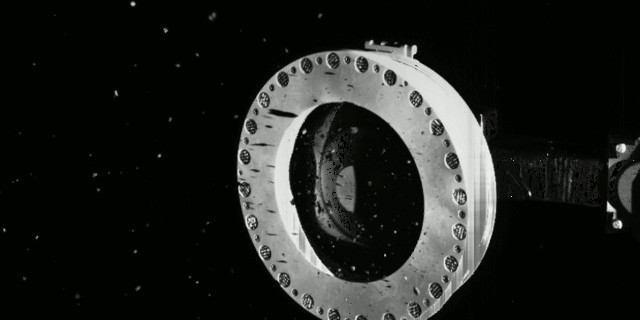 NASA has announced that the first visual inspection of the OSIRIS-REx space probe’s TAGSAM system, which captured soil samples from asteroid Bennu in the night between 21 and 22 October, has done its job well. In fact, the problem appears to be that the mechanism captured far too many materials and, after OSIRIS-REx moved away from Bennu, they started escaping. For this reason, the mission team decided to skip the various operations that would have allowed more significant examinations of the samples to try to seal them in the Sample Return Capsule to bring them back to Earth. 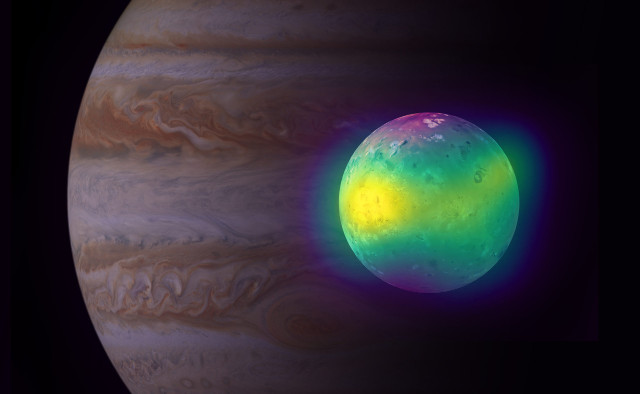 An article accepted for publication in “The Planetary Science Journal” reports a study on Io, one of Jupiter’s satellites, which specifically concerns its volcanoes. A team of researchers led by astronomer Imke de Pater of the University of Berkeley, USA, used the ALMA radio telescope to examine Io’s atmosphere as it enters and leaves Jupiter’s shadow, a phenomenon called an eclipse. That’s because during an eclipse it receives no sunlight, temperatures drop to the point that only the sulfur dioxide emitted by volcanoes is warm enough not to solidify. The conclusion is that between 30% and 40% of Io’s atmosphere is generated by volcanic activity. The researchers also found that some volcanoes emit not sulfur compounds but potassium chloride. 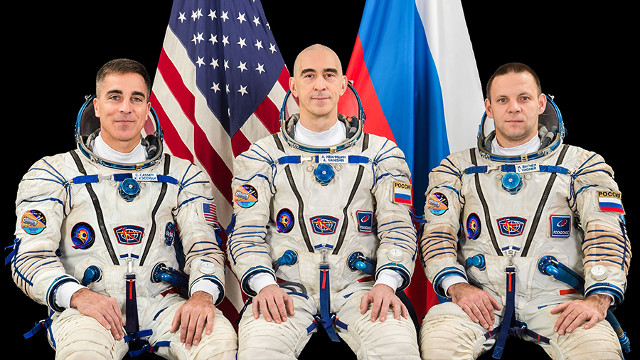 A few hours ago, astronaut Chris Cassidy and cosmonauts Anatoly Ivanishin and Ivan Vagner returned to Earth on the Soyuz MS-16 spacecraft, that landed in Kazakhstan. The three of them spent a bit more than 6 months on the International Space Station, where they arrived on April 9, 2020 as part of Expedition 62. After landing, they were assisted by a skeleton crew with the precautions needed to avoid the risk of Covid-19 infection. 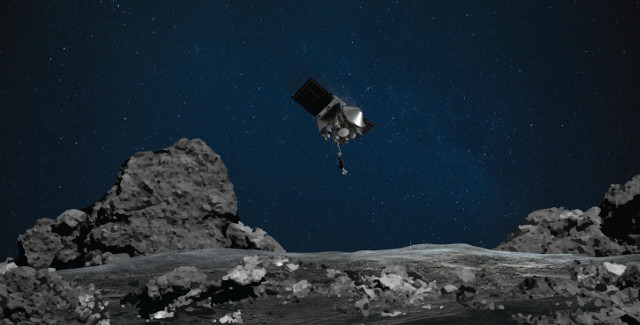 A few hours ago NASA’s OSIRIS-REx space probe descended to the surface of the asteroid Bennu to take soil samples in what was called TAG (Touch-And-Go). The selected area is in a crater that was named Nightingale with a diameter of about 16 meters in Bennu’s northern hemisphere. The operation was carried out fully automatically because there’s an 18.5 minute delay in communications due to the fact that OSIRIS-REx is about 334 million kilometers from Earth. If the result is satisfactory, this part of the mission will be over. 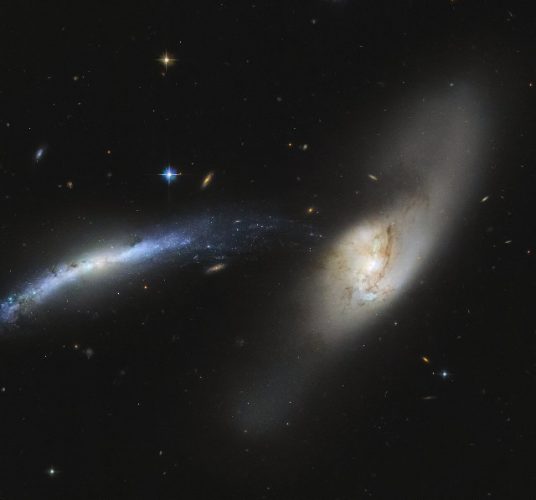 A photo taken by the Hubble Space Telescope shows Arp 283, which is not a single object but a pair of galaxies classified as NGC 2798 (on the right) and NGC 2799 (on the left). Astronomer Halton Arp put this pair in his catalog of peculiar galaxies because they are two interacting galaxies, which means they’re affected by each other’s force of gravity. Arp 283 was compared to a waterspout with stars from NGC 2799 appearing to fall towards NGC 2798 like drops of water. In the distant future, the two galaxies could merge.