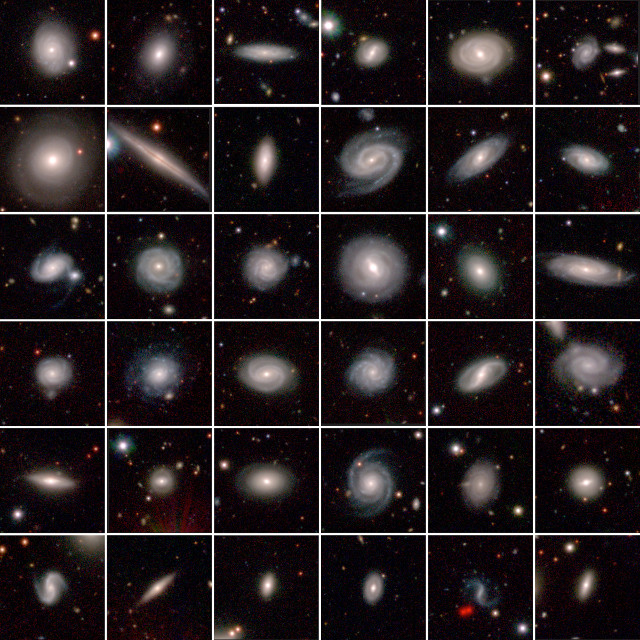 An article published in the journal “Monthly Notices of the Royal Astronomical Society” proposes a new way of studying star formation in galaxies. A team of researchers led by Sabine Bellstedt of the International Center for Radio Astronomy Research (ICRAR) developed a technique to analyze the metallicity, which is the abundance of elements heavier than helium, of galaxies. Those elements are produced by stars so their amount increases over time and the more massive ones produce more as well as emit more light. By combining the analysis of metallicity with that of the brightness of galaxies it offers information on the masses of stars. The resulting model offers information on the history of star formation, and the application to a sample of 7,000 galaxies indicates that most stars formed in the first 4 billion years of the universe’s life.

The detection of electromagnetic emissions from galaxies offers information on the brightness of the stars inside them. More information may come from spectrographic analyzes that reveal specific traces of the various elements present in those galaxies. Stars produce various elements through nuclear fusion that are dispersed into space when they become red giants and even more so by those that explode in supernovae. Consequently, reconstructing the history of star formation also means reconstructing the history of the creation of elements in stars, including those that allow life to exist on Earth.

A new algorithm called ProSpect to create a model of the energy and wavelengths of light from nearly 7,000 galaxies was developed by Aaron Robotham of ICRAR. The galaxy data was taken from the Galaxy And Mass Assembly (GAMA) project, which aims to study the formation and evolution of galaxies using observations conducted through ground-based and space telescopes. The image (Courtesy GAMA Survey Team, ICRAR/UWA. All rights reserved) shows some of the galaxies analyzed during this study.

The researchers compared the use of ProSpect to a forensic reconstruction because it reconstructs the past history of the galaxies examined. Each galaxy has its own star-forming speed and its own amount of stars that formed over its history. The consequence is that the various galaxies host groups of stars of different ages, different metallicities, and also different dust content.

According to the results of the analyzes, most of the stars formed during the first 4 billion years of the universe’s history in very massive galaxies. Today, on the contrary, new stars are formed mainly in much smaller galaxies.

The researchers intend to expand their study to other galaxies. The goal is not only to further check the validity of the ProSpect algorithm and refine it but also to try to understand why galaxies die and stop forming new stars.