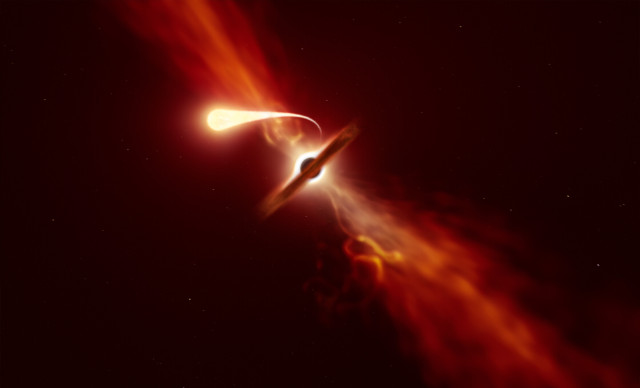 An article published in the journal “Monthly Notices of the Royal Astronomical Society” reports a study on a tidal disruption event cataloged as AT2019qiz in which it was possible to see the phases in which a star was destroyed by a supermassive black hole. A team of researchers led by astrophysicist Matt Nicholl from the British University of Birmingham used various telescopes including ESO’s Very Large Telescope (VLT) and New Technology Telescope (NTT) and NASA’s Spitzer space observatory to follow this event, which lasted about six months, with the star’s “spaghettification” and about half of it swallowed by the black hole.