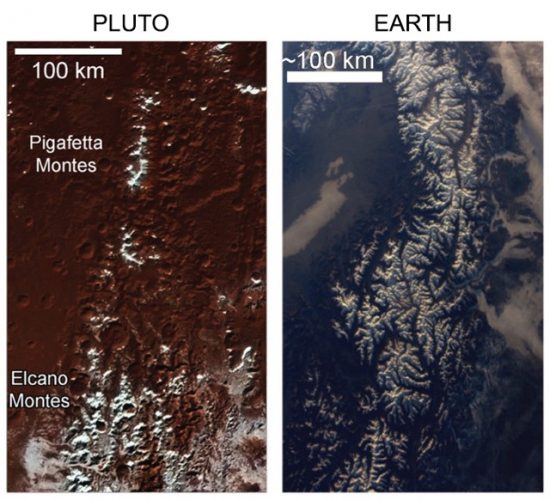 An article published in the journal “Nature Communications” reports a study that offers an explanation for the origin of the snowpack existing on the highest mountains of the dwarf planet Pluto that create a sort of alpine panorama since it resembles in many ways the Earth’s Alps. A team of researchers used data collected by NASA’s New Horizons space probe to figure out that the snow is mainly composed of methane. This compound can become solid under the conditions present on Pluto and forms that mantle through a process that’s very different from that one that leads to alpine snowfall.