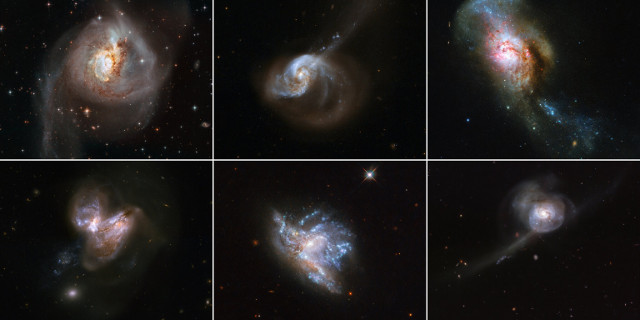 An article published in the journal “Monthly Notices of the Royal Astronomical Society” reports a research on the star formation rate in galaxy merger systems. A team of researchers used observations carried out with the Hubble Space Telescope within the Hubble imaging Probe of Extreme Environments and Clusters (HiPEEC) survey to study the influence of a galaxy merger on star formation, particularly of entire star clusters. ESA has published a composition of six such systems.