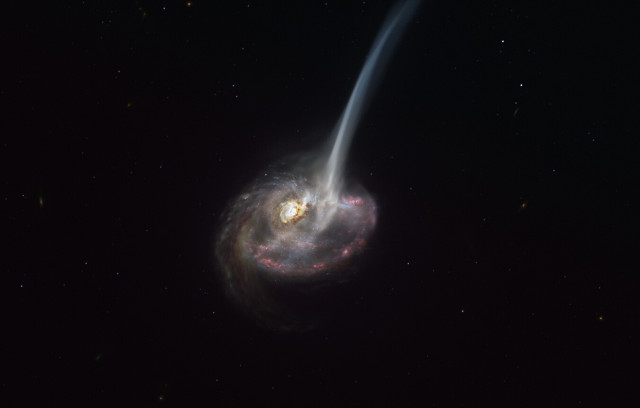 An article published in the journal “Nature Astronomy” reports a study on a massive galaxy in the distant universe in which a galaxy merger appears to have inhibited star formation. A team of researchers led by Annagrazia Puglisi of Durham University’s Center for Extragalaxy Astronomy used the ALMA radio telescope to examine the galaxy cataloged as ID2299 and found star formation activity in its central regions while a huge amount of gas was ejected removing the possibility of forming new stars.