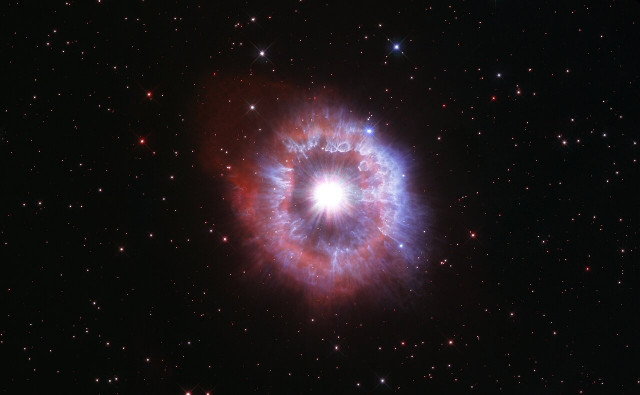 A new photo of AG Carinae, a hypergiant star that belongs to the Luminous Blue Variable (LBV) class, captured by the Hubble Space Telescope has been released to celebrate the 31st anniversary of Hubble being deployed into orbit. The star is surrounded by a nebula formed by materials ejected from the star itself in a period in which instability caused one or more extremely powerful outbursts. The shell that was created is about five light-years across.