An article published in “The Astrophysical Journal Letters” reports an analysis of a superflare of the star Proxima Centauri observed in 2019 in various bands of the electromagnetic spectrum. A team of researchers led by Meredith MacGregor of the University of Colorado at Boulder used various ground-based and space telescopes to obtain complete observations of a flare one hundred times more powerful than solar flares on the closest star to the Sun. It’s the most powerful flare ever observed on Proxima Centauri and one of the most powerful observed in the entire Milky Way.

Just over 4 light-years from Earth, Proxima Centauri orbits the Alpha Centauri binary system from a considerable distance. Its mass is only one eighth of the Sun’s, so this red dwarf consumes its hydrogen very slowly and will continue its life for many billions of years.

In 2016 came the news of the identification of a planet, cataloged as Proxima b, with a mass slightly greater than the Earth’s, orbiting Proxima Centauri. In 2019, the identification of another planet was announced, rocky but much more massive than the Earth. There are discussions about the potential habitability of Proxima b, but superflares such as the one observed in 2019 significantly lower the chances in this regard.

Flares are normal phenomena for stars in which a process known as magnetic reconnection allows the energy stored in magnetic fields to be transformed and released into flares that can be extremely powerful through electrons that are accelerated to speeds close to the speed of light and interact with the star’s plasma. Red dwarfs are small stars but their activity can be remarkable and Proxima Centauri showed it’s very active. Flares on Proxima are commonplace and there’s sometimes a superflare that is particularly powerful even by the standards of this red dwarf.

The proximity to the Sun and the discovery of a system with at least two planets made Proxima Centauri more than ever an interesting object of study. For this reason, a campaign of observations was conducted in 2019 using nine telescopes, and on May 1, five of them detected a superflare. Meredith MacGregor explained that within seconds Proxima went from normal brightness to 14,000 times brighter at ultraviolets. In the past, astronomers didn’t know if flares could also be detected at millimeter wavelengths and for the first time the ALMA (Atacama Large Millimeter/submillimeter Array) radio telescope, inaugurated in March 2013, confirmed that hypothesis by showing a peak of brightness similar to that seen in the ultraviolet.

The mechanisms behind the processes related to magnetic reconnection and star flares are being studied to fully understand them. Proxima Centauri confirmed it’s excellent for these studies but the amount of radiation that invests its planets makes the presence of life unlikely unless it’s radically different from the Earth’s life. Other flares on Proxima were detected during the 2019 observation campaign and the data collected may provide other clues on the ongoing processes. Certainly, more observations will be conducted that will help to better understand the environment around red dwarfs. These are the most common stars in the universe, so understanding if their planets can be habitable is crucial in the search for extraterrestrial life. 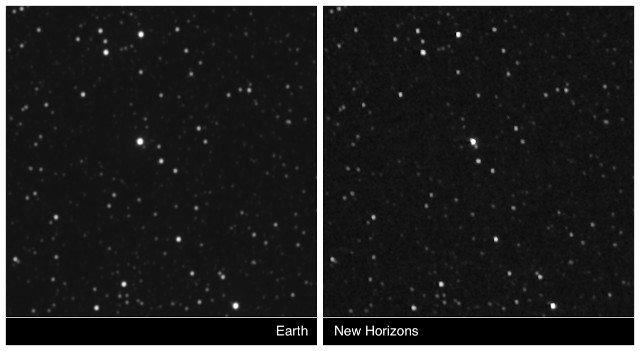 Previous Post: The hypergiant star AG Carinae picked to celebrate the 31st anniversary of Hubble being deployed into orbit
Next Post: A successful launch for the Tianhe module, the core of the Chinese space station