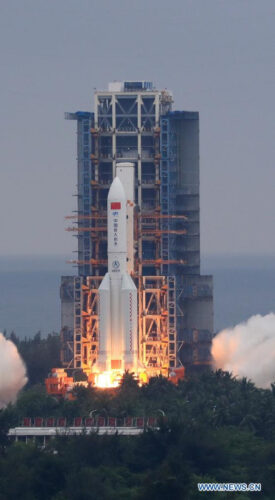 A few hours ago, the Chinese Tianhe module was launched from the Wenchang base atop a Long March 5B Y2 rocket. After about an hour, it successfully separated from the rocket’s last stage, deployed its solar panels, and reached its orbit. Over the next few days, its thrusters will be used to adjust the orbit to an altitude between 340 and 350 kilometers.