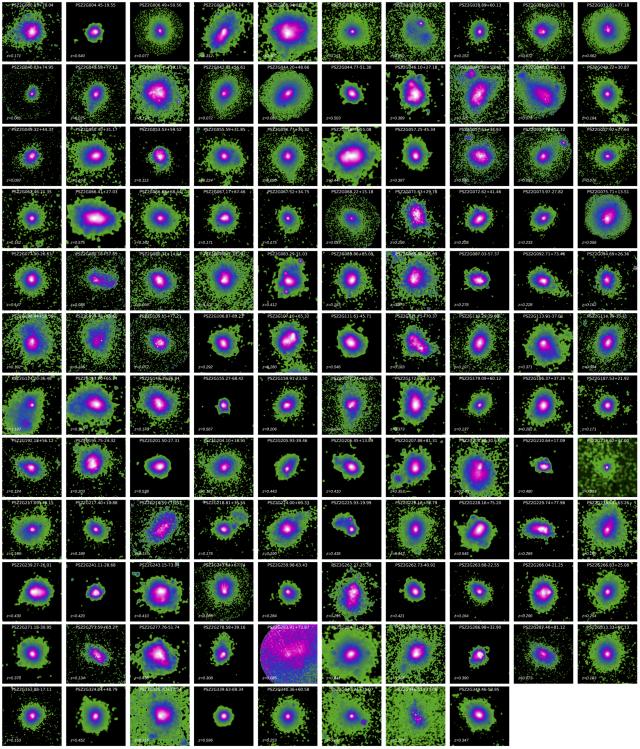 An article published in the journal “Astronomy & Astrophysics” reports an overview of the CHEX-MATE (Cluster HEritage project with XMM-Newton – Mass Assembly and Thermodynamics at the Endpoint of structure formation) program’s work, which includes a study of a sample of 118 galaxy clusters carefully selected. The CHEX-MATE Collaboration observed those galaxy clusters with ESA’s XMM-Newton space telescope in a survey lasting a total of 3 million seconds.

Galaxy clusters make up the largest structures in the universe. They can extend for millions of light-years and their galaxies are gravitationally bound despite their considerable distances. These clusters provide a lot of very useful information for cosmological research, which in recent years include the ones on dark matter and dark energy.

In 2018, the observations of the CHEX-MATE program began, a collaboration with about eighty astronomers. The scheduled duration of the program is approximately three years for the purpose of examining 118 galaxy clusters (Image courtesy The CHEX-MATE Collaboration. All rights reserved) selected using data collected by ESA’s Planck Surveyor space probe. This particular space telescope mapped the cosmic background radiation and also the Sunyaev-Zel’dovich effect. The selected clusters are the ones with the best ratio between the signal generated by that effect and the noise and the ones distributed at the temporal level with a mass useful to study what can be defined their demography.

The data obtained by the Planck Surveyor space probe led to estimates of the mass of galaxy clusters. However, it was found that X-ray observations only showed 60% of their total mass. There are various hypotheses to explain this partial detection, and the CHEX-MATE collaboration tried to conduct X-ray observations of a sample of clusters adding data obtained using gravitational lenses. It’s one of the types of research important to estimate the amount of baryon matter, the so-called normal matter, present in those clusters and therefore also the amount of dark matter.

The article published in “Astronomy & Astrophysics” offers an overview of the characteristics of the galaxy clusters observed within the CHEX-MATE program. This is an article written even before the observations were completed. This means that the complete results will be studied and will form the foundations of other studies or in any case may be used together with other data for other studies. Such extensive surveys can continue to be useful for many years, which is why there was such a heavy time investment in using the XMM-Newton space telescope.

Previous Post: Faint interstellar plasma waves detected by NASA’s Voyager 1 space probe
Next Post: A successful landing on Mars for the lander and rover of the Chinese Tianwen 1 mission