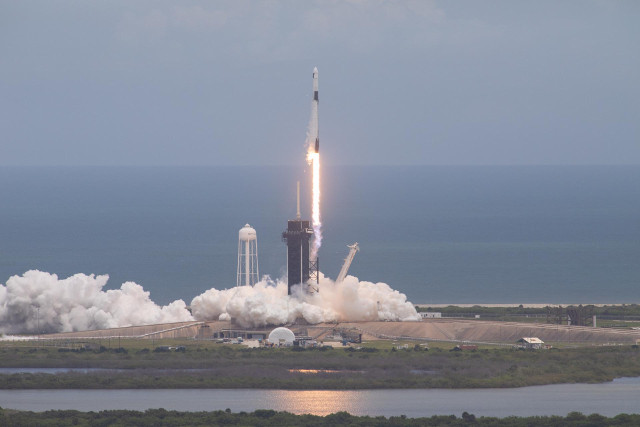 A few hours ago the SpaceX Dragon 2 spacecraft blasted off atop a Falcon 9 rocket from Cape Canaveral in its CRS-22 (Cargo Resupply Service 22) mission, also referred to as SPX-22. After almost exactly 12 minutes it separated successfully from the rocket’s last stage and went en route. This is the 22nd mission for the Dragon spacecraft to resupply the International Space Station with various cargoes and then return to Earth, again with various cargoes. It’s the second mission for this Dragon version.