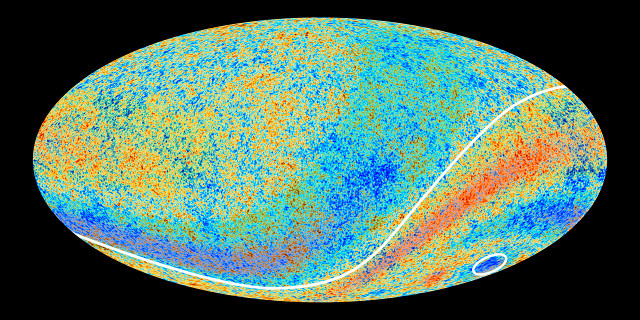 An article published in “The Astrophysical Journal Letters” offers a solution to two of the major problems currently existing in the field of cosmology. Prabhakar Tiwari, Rahul Kothari, and Pankaj Jain propose the so-called superhorizon modes: modes in the sense of cosmic components and superhorizon as beyond the observable universe. The researchers believe that they can explain why the universe appears to us not entirely homogeneous and the so-called tension resulting from too different values ​​of the expansion universe expansion velocity resulting from different methods of calculating them.

According to the cosmological principle, the universe is homogeneous and isotropic. In very simple terms, this means that it has the same characteristics everywhere and in every direction. However, maps of the cosmic microwave background radiation, with the most recent one obtained thanks to the Planck Surveyor space probe, show a situation of anisotropy, in which there are asymmetries, highlighted by white lines in the top image (ESA and the Planck Collaboration). The long line that crosses the map is called the Axis of Evil due to the difficulty in explaining that anomaly. The circle is the so-called cold spot in the cosmic microwave background radiation, a cosmic area that appears colder than the rest of the universe.

Another big cosmological problem is in the measurement of the so-called Hubble constant, as the universe expansion velocity is called. Over the years, its value has been calculated using different methods based on different objects, from supernovae to quasars. The results obtained are different and incompatible even taking into account the margins of error causing what’s called a tension in the field of cosmology.

A perturbation of that kind could create as an effect a distortion that we’d perceive as a violation of the cosmological principle. Differences in the values ​​of the Hubble constant could also be the consequence of perturbations on that scale and cause some alteration in the redshift, the key to measuring the distance of cosmic objects. This would explain the reason for the differences between the values ​​measured by observing objects in the nearby universe and objects in the distant universe or the early universe.

Several solutions have been proposed over time to solve these cosmological problems by introducing possible distortions in our observations with the need to recalibrate them. In this case, the solution solves two big problems at the same time. This doesn’t mean that it’s the correct solution but according to the researchers it can offer a wide range of cosmological predictions that can be tested in the future. That’s crucial because a model can be elegant and in theory, can solve big scientific problems but science requires testing.

Now the authors of this study and other researchers can look for ways to verify the existence of the perturbations predicted by this study. In a few months, the James Webb Space Telescope is scheduled to begin its scientific mission, at last, and offer observations that will bring new progress in cosmological research. This will include testing various cosmological models and the one regarding superhorizon modes could also be included. 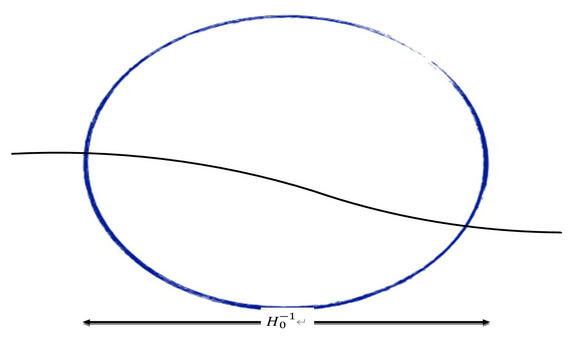 Previous Post: The Sputnik Planitia basin offers clues to the formation of Pluto and the possible presence of an underground ocean
Next Post: An atmosphere loss detected from two mini-Neptunes