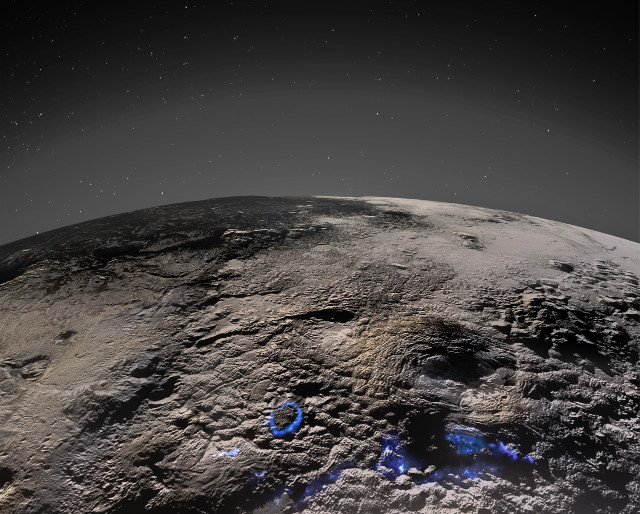 An article published in the journal “Nature Communications” reports a study on the activity of cryovolcanoes existing on the dwarf planet Pluto which highlights how it has continued until recent times from a geological point of view and may still be present. A team of researchers led by Kelsi Singer of the Southwest Research Institute used data collected by NASA’s New Horizons space probe to examine the marks left by cryovolcanoes in the Sputnik Planitia region, in the large heart-shaped area on the surface. One conclusion is that Pluto has an underground heat source that kept it geologically active much longer than might be expected from a dwarf planet.

The extraordinary dwarf planet Pluto flyby performed by the New Horizons space probe on July 14, 2015, made it possible to collect such a wealth of data that researchers from various scientific disciplines are still analyzing it. The variety of geological formations quickly showed that Pluto is a small world marked by processes still active today or at least until relatively recently. This made the studies of this dwarf planet more interesting but also longer and more complex.

A type of phenomenon detected on Pluto is cryovolcanism, marked by eruptions of water and other compounds that, on very cold objects, can be liquid or viscous such as ammonia, methane, and mixtures of those compounds. The cryovolcanoes of Pluto are huge with domes, in the geological sense of the term, even 7 kilometers high and from 30 to 100 kilometers across. They’re interconnected and form complex structures with surfaces filled with hemispherical hills.

In the study of these extraterrestrial territories, an estimate of the surface age is made by examining the number of craters left by meteorite impacts. In the areas occupied by Pluto’s cryovolcanoes, these craters appear to be absent, and that indicates a recent or ongoing geological activity that covered them.

The top image (NASA/Johns Hopkins University Applied Physics Laboratory/Southwest Research Institute/Isaac Herrera/Kelsi Singer) shows a portion of Pluto’s surface in grayscale with an artistic interpretation of how cryovolcanic processes may have operated indicated in blue.

Even cryovolcanoes require a certain amount of heat to be active. Over the years, hypotheses have been offered regarding the possibility that, at least in the past, Pluto still had enough heat to have an underground ocean of liquid water. That heat may have powered cryovolcanism as well.

This study confirms how Pluto is a very interesting small world. The mystery remains about the origin of the heat that allowed cryovolcanic activity on a dwarf planet whose core should have cooled rapidly. It’s one of the reasons Pluto’s studies will continue. 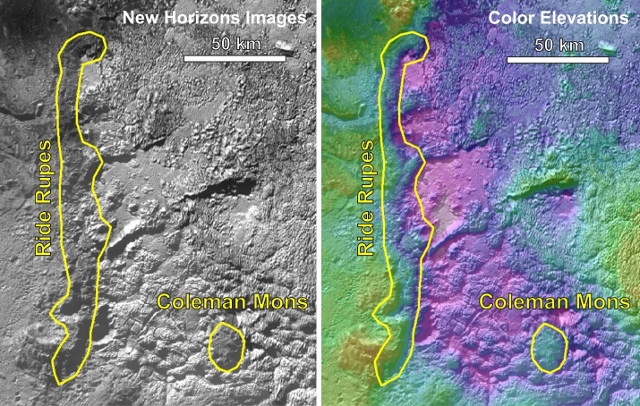 Previous Post: Earendel sets a new record for the single farthest star ever identified
Next Post: A chaotic planetary formation in the system of the very young star AB Aurigae