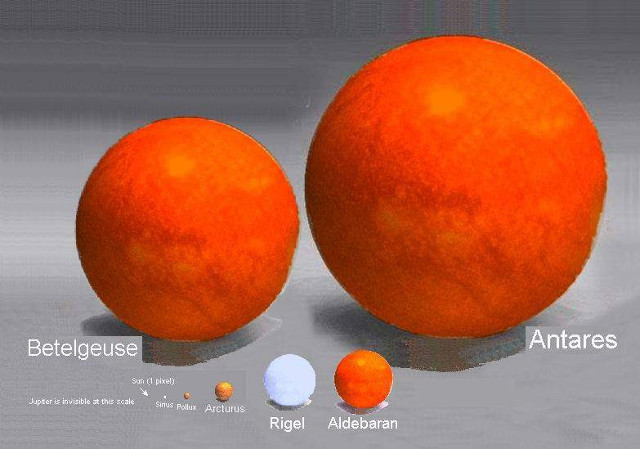 An article published in the journal “Monthly Notices of the Royal Astronomical Society” reports a study on the history of Betelgeuse observations which concludes that 2,000 years ago this star was yellow in color and not red. A team of researchers led by Professor Ralph Neuhäuser of the German University of Jena examined ancient astronomical documents that report observations conducted in various parts of the world where Betelgeuse is described in a very different way from how it appears today. The conclusion is that it has only recently entered its red giant phase in astronomical terms. Reconstructing this star’s history offers information on its evolution that helps to predict its future changes.

Betelgeuse is a star that has been arousing interest for a long time because the red giant phase represents the agony of a star before its death, which in this case, will occur with an explosion in a supernova. To study Betelgeuse, Professor Ralph Neuhäuser looked back in time, to be precise how the ancients viewed this star. This is part of a historical approach to astronomy that Neuhäuser has been working on for years together with his wife Dagmar and researchers from various disciplines. Together with astrophysicist Thomas Posch of the Austrian University of Vienna, he talks about this approach in an article published by Cambridge University Press in March 2020.

In Betelgeuse’s case, historical research brought interesting results from the reading of ancient documents. This star is visible to the naked eye, so it’s been possible to find references to Betelgeuse dating back to more or less 2,000 years ago in documents written in very different parts of the world.

Among the sources found is the Chinese imperial court astronomer Sima Qian who around 100 B.C. described examples of star colors indicating Betelgeuse as yellow and Antares as red. Today these two stars are very similar in color. About a century later, the Roman writer Gaius Julius Hyginus wrote that Betelgeuse had a yellow-orange color like Saturn.

In the 16th century, astronomer Tycho Brahe wrote that Betelgeuse was redder than Aldebaran, an orange giant that also began its last phase of its life and now we see much smaller than Antares and Betelgeuse. It’s another clue that there were major changes in Betelgeuse’s appearance over the past two millennia.

The reconstruction of Betelgeuse’s history and its transformation into a red giant offer the possibility to estimate the timeline of its future changes. Astronomers have long wondered when it will explode in a supernova and the changes noted in recent years led to the suspicion that that moment might be near but it was actually a major outburst.

According to Ralph Neuhäuser’s team, combining the Betelgeuse observations of the last two millennia and theoretical models of the evolution of these stars, its mass is about 14 times the Sun’s, its age is about 14 million years, and it will explode only in about 1.5 million years. These are rough estimates, as they’re based on still imprecise models applied to data that include observations conducted with the naked eye by ancient astronomers. If these estimates are at least nearly correct, astronomers will still have a very long time to observe Betelgeuse and reconstruct its history.

Previous Post: HIP 65426 b is the first exoplanet observed directly by the James Webb Space Telescope
Next Post: Two super-Earths discovered in the system of the tiny star LP 890-9