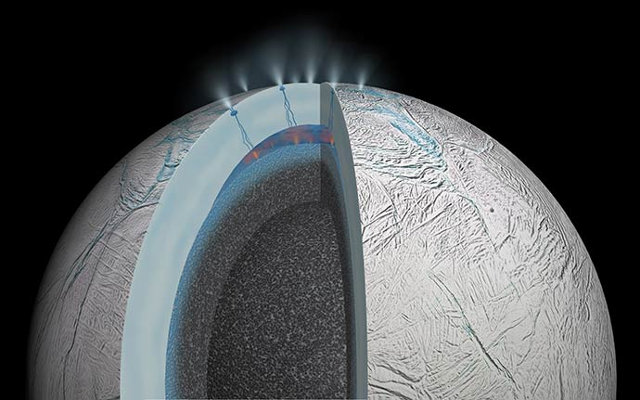 An article just published in the journal “Nature” shows a research based on the detections carried out by NASA’s Cassini space probe. Among other information provided by the mission there’s also evidence that on Enceladus, one of Saturn’s moons, there are signs of the presence of hydrothermal vents. This means that there are waters heated by geothermal energy similar to those existing on Earth, where the presence of various microorganisms abounds, particularly those known as extremophiles. 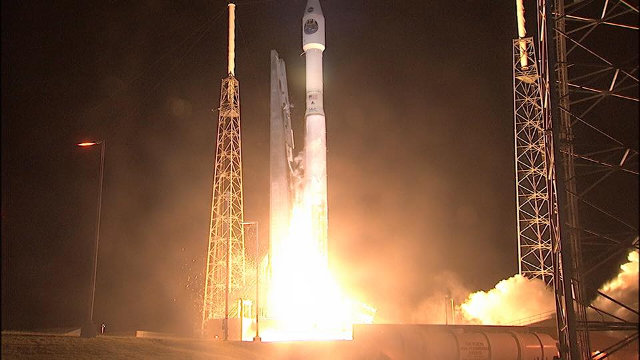 A few hours ago the four MMS (Magnetospheric Multiscale Mission) spacecraft were launched atop an Atlas V 421 rocket from Cape Canaveral. After nearly two hours the spacecraft started separating from the rocket’s last stage, one at a time at intervals of about five minutes. It’s only the beginning of a complex phase of tests, deployment of their booms with the sensors and positioning of the probes in a tetrahedron configuration which will last more than five months.

The MMS mission is really ambitious because it’s based on the work of a constellation of four identical spacecraft that will operate together in a tetrahedral formation in order to make three-dimensional measurements. The purpose is to study the magnetosphere in a way more sophisticated than those previously attempted.

In particular, the space probes will study the phenomenon of the magnetic reconnection. It’s a process in highly conductive plasma in which the magnetic topology is rearranged and the magnetic energy is converted into kinetic and thermal energy and into particle acceleration. 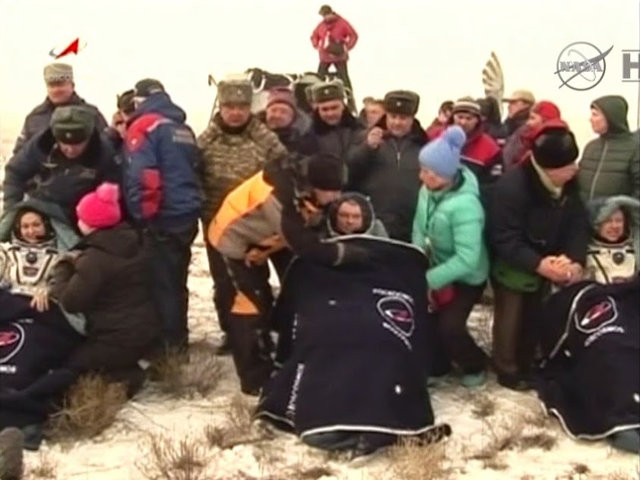 CERN has confirmed that during the last weekends two of the Large Hadron Collider (LHC) experiments have successfully sent proton beams through the particle accelerator. This is the first full test of operation that marks the beginning of the last phase of restart after the equipment upgrade made during the last two years. The test, conducted by the LHCb (Large Hadron Collider beauty) and ALICE (A Large Ion Collider Experiment) experiment was a success.