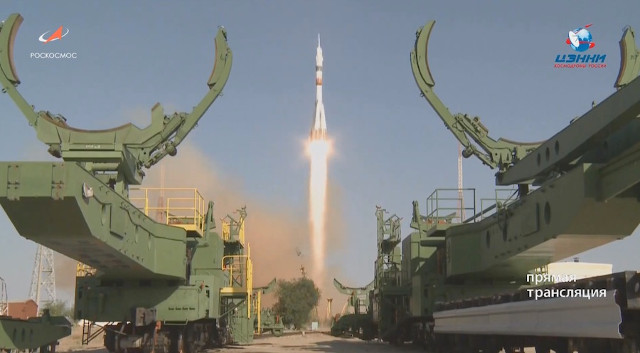 A few hours ago the Soyuz MS-14 spacecraft blasted off atop a Soyuz 2.1a rocket from the Baikonur Cosmodrome in Kazakhstan. After about nine minutes it successfully separated from the rocket’s last stage and was placed on its route that will take it to the International Space Station in about two days. 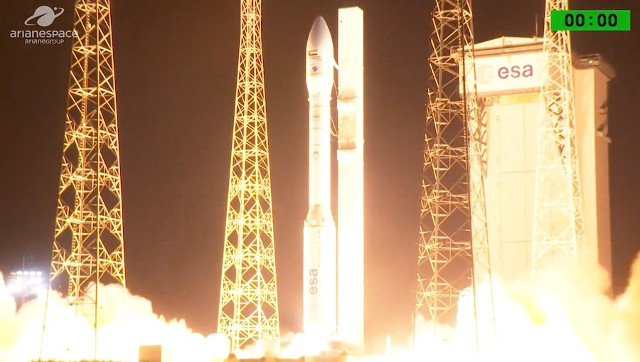 A few hours ago a Vega rocket was launched from the Kourou base, in French Guiana, to deploy the United Arab Emirates’ Falcon Eye 1 satellite. About two minutes after the launch, immediately after what was supposed to be the second stage’s ignition there was an anomaly that caused the mission’s failure. This is the first failure for the Vega rocket after 14 successes. 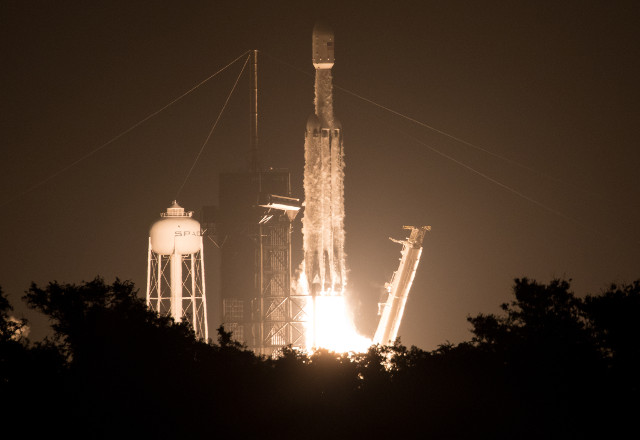 A few hours ago SpaceX launched its Falcon Heavy rocket from Cape Canaveral on a mission involving the launch of various satellites in low and medium Earth orbit. The most powerful rocket in business launched satellites on behalf of NASA, the US Air Force and other entities, incuding CubeSat-class nanosatellites built by students. The mission required four burns for the Falcon Heavy rocket’s upper stage to place them in the various orbits required. The mass of the payloads to be taken into orbit was relatively small – around 3,700 kg – but the second stage needed a lot of fuel to carry out all the maneuvers required in this mission, therefore the initial thrust of the Falcon Heavy was needed. 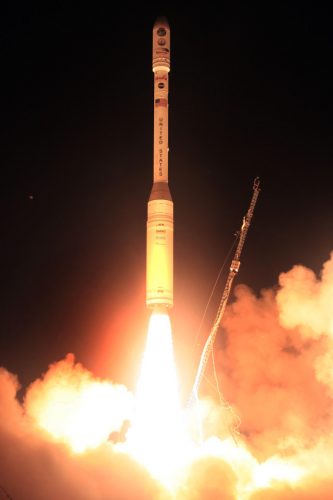 NASA’s Launch Services Program (LSP) announced the conclusions of a long investigation into the failure in the launch of its OCO and Glory satellites in 2009 and 2011. In both cases, the fairing on top of the rockets that protected the satellites didn’t separate and the extra weight caused the the satellites to fall down. The investigations revealed falsifications by the contractor Sapa Profiles, Inc. (SPI) that provided defective materials with false certifications. The investigation involved the US Department of Justice. 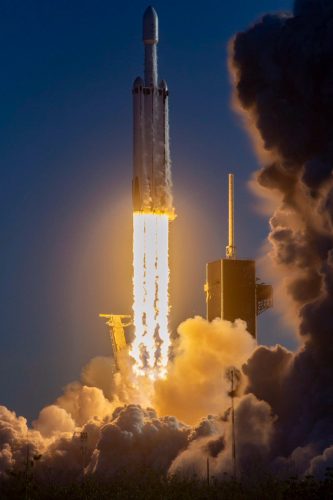 It was afternoon in Florida when SpaceX launched its Falcon Heavy rocket from Cape Canaveral on its first commercial mission. The most powerful rocket in activity launched the Arabsat-6A satellite, which after about 34 minutes separated from the rocket’s last stage entering a transit orbit from where it started the maneuvers that will take it towards a geostationary orbit within a bit more than two weeks.