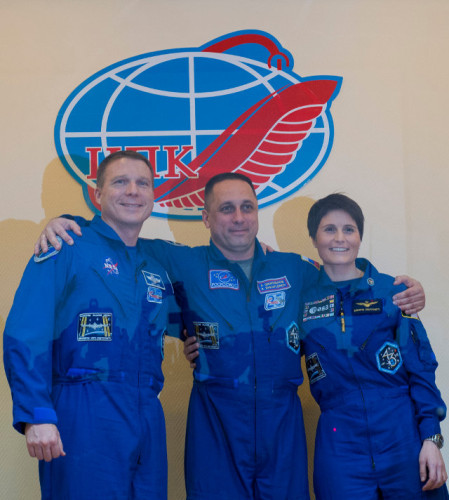 The schedule for the International Space Station crew rotation has been officially changed. Following the mishap with the Russian spacecraft Progress M-27M it was decided to postpone the launch of the next three members so the three ones of the Expedition 42/43 – Samantha Cristoforetti, Terry Virts and Anton Shkaplerov – will remain on the Station at least until the beginning of June. 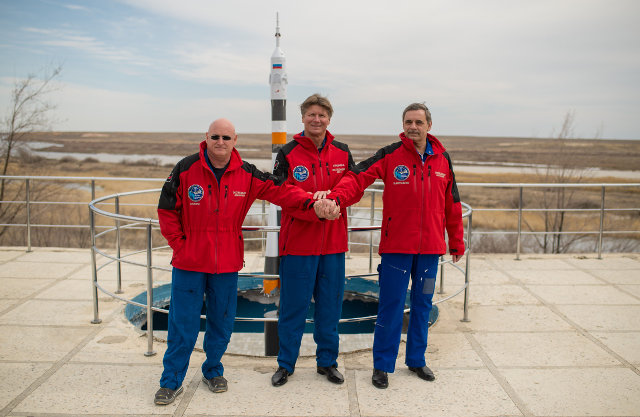 A few hours ago the Soyuz TMA-16M spacecraft blasted off from the Baikonur Cosmodrome in Kazakhstan and after almost exactly six hours reached the International Space Station carrying astronaut Scott Kelly and cosmonauts Gennady Padalka and Mikhail Kornienko. The Soyuz traveled on the fast path normally used.
Generally, the members of the International Space Station crew spend about six months in space, this time there there’s a change because a very special mission lasting one year is starting. Scott Kelly and Mikhail Kornienko will spend a year on the Station to make a series of more in-depth studies on human beings reactions to life in the microgravity of space.