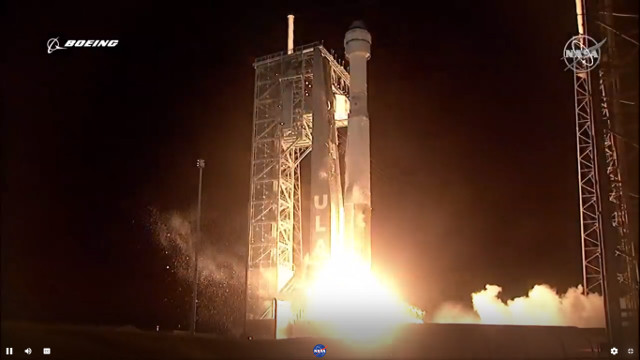 A little while ago, Boeing’s CST-100 Starliner spacecraft blasted off atop a ULA Atlas V rocket from the Cape Canaveral base in its Boe-OFT (Boeing Orbital Flight Test) mission. After about 15 minutes it successfully separated from the rocket’s last stage. After a little more than half an hour the first of a series of maneuvers for orbit insertion was schduled but a problem emerged that required that the possible options to be assessed to have the CST-100 Starliner go for a proper orbit insertion and on its way to carry out its mission. Boeing has control of the spacecraft, which is in a stable orbit, so it’s not in danger.