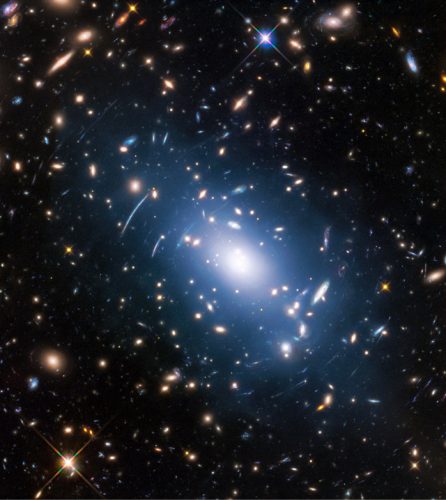 An article published in the journal “Monthly Notices of the Royal Astronomical Society” describes a new method to detect and map the dark matter existing in galaxy clusters with a higher precision than those used so far. Mireia Montes of the University of New South Wales, Australia, and Ignacio Trujillo of the Canary Islands Institute of Astronomy, Spain, exploited the so-called intracluster light, the faint light within galaxy clusters produced by their interaction, detected in the Hubble Frontier Fields program, to map the distribution of dark matter within them. 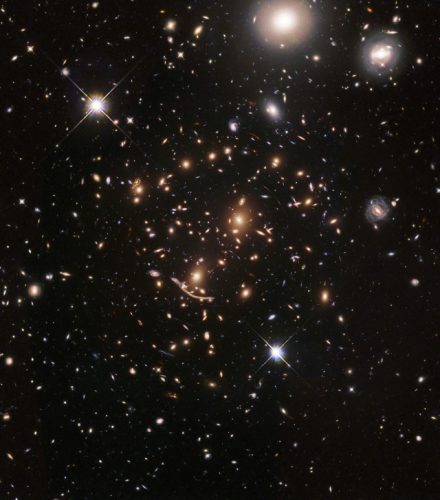 The first Hubble Space Telescope’s observations in the new BUFFALO project have been published. Its goal is to shed light on the evolution of the first galaxies of the universe, also to establish the most interesting observation targets for the James Webb space telescope. The Abell 370 galaxy cluster is the first to be studied for this new survey together with a series of galaxies seen through gravitational lenses. 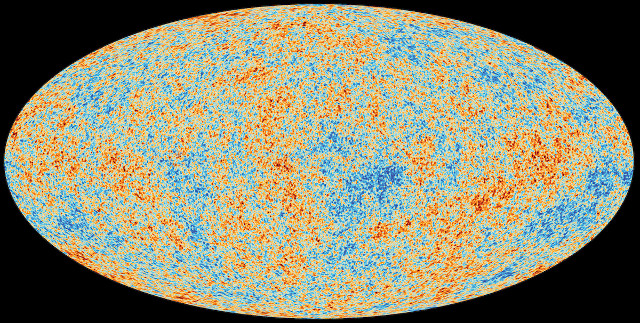 ESA presented the final map of the cosmic microwave background radiation created thanks to the Planck Surveyor space probe. This map shows what the universe was like before galaxies formed when it was about 380,000 years old. These are the results of the last processing of the collected data and now scientists are certain that the temperature and polarization are accurately determined. This final map confirms the standard model but also the inconsistency between the calculation of the Hubble constant based on those data and the one based on observation of the current universe. 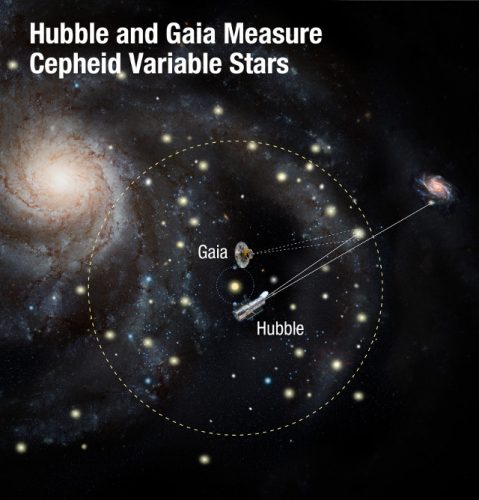 An article published in the journal “The Astrophysical Journal” describes a new measurement of the expansion of the universe. A team of astronomers led by Nobel Prize winner Adam Riess combined observations made with the Hubble Space Telescope and those made with ESA’s Gaia space probe, an observatory that specifically aims to map billions of objects in the sky including the variable stars called Cepheid variable used for those measurements. The new results increase the accuracy but also the discrepancy between the measures of the expansion of the near universe and those of the early universe.

An article published in the journal “Nature Astronomy” describes the creation of a map of the network of filaments that connects matter all around the universe. A team of researchers analyzed the data collected during previous surveys to find the gravitational effects that reveal the shapes of those filaments. Those small gravitational distortions suggest that they’re hundreds of millions of light years long and that they’re made of dark matter.