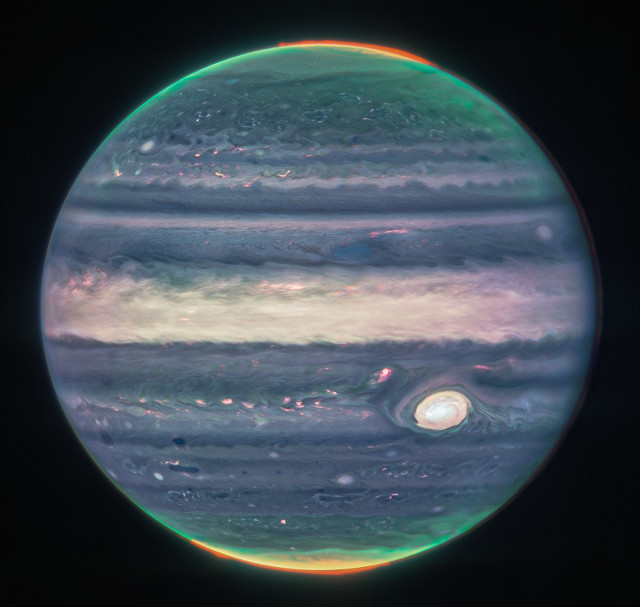 NASA has published some photos of Jupiter captured by the James Webb Space Telescope that offer new information on the processes taking place within the largest planet in the solar system. The combination of different infrared filters leads to various results that allow appreciating new details of Jupiter. The colors are different from the real ones precisely because Webb detected them using infrared filters but the results are very interesting for the information they offer on storms, auroras, and various processes taking place on the planet and within it. Some images also include its rings and some of its moons.

Launched on December 25, 2021, the James Webb Space Telescope was designed mainly to probe the boundaries of the universe and investigate major cosmological mysteries. However, it can be very useful to study some nearby objects as well such as Jupiter. NASA has had its Juno space probe orbiting the gas giant since 2016 but each new telescope can provide slightly different observations because they’re obtained at different electromagnetic frequencies. Sometimes a single instrument leads to a new discovery but often that’s the result of combining the data collected by different instruments.

The polar auroras are clearly visible, and so is the Great Red Spot, which in these images is white with some shades of light colors. Other details are being examined by astronomers who study Jupiter but also by citizen scientists, with some of them processing the public images on their own. Judy Schmidt is a citizen scientist who took part in ESA’s Hubble’s Hidden Treasures competition years ago and can now process images of Webb as well. The results she obtains are appreciated to the point that many of them have now been published by space agencies as well.

The images captured by the James Webb Space Telescope, full of spectacular details, are very suitable for processing that highlights their aesthetic side. However, many scientists waited years to obtain observations that they have now begun to examine in order to conduct various studies, in this case on the planet Jupiter. 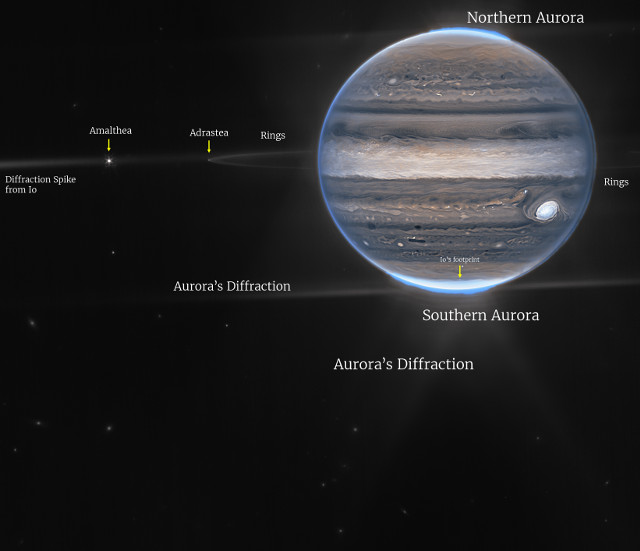 Previous Post: Mission CRS-25 accomplished: the SpaceX Dragon spacecraft has come back to Earth
Next Post: The strange shape of the dwarf galaxy NGC 1156 observed by the Hubble Space Telescope