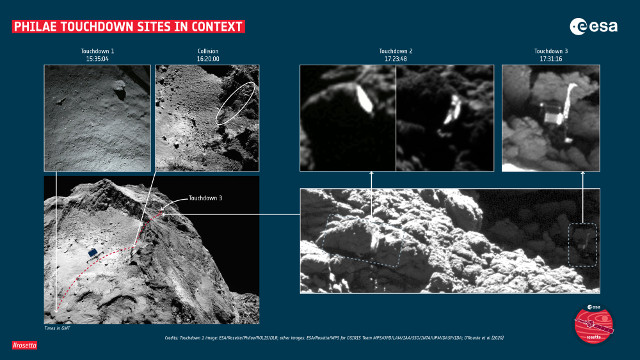 An article published in the journal “Nature” reports a reconstruction of the trajectory of ESA’s Rosetta mission’s Philae lander in its touchdown on the surface of comet 67P/Churyumov-Gerasimenko. A team of researchers examined data collected by the Rosetta space probe and the Philae lander to find out where the latter made its second touchdown on the comet, which was followed by further bounces before finally landing. The study also showed that the affected materials contained an abundant amount of ice as soft as freshly laid snow, to the point of being described as softer than cappuccino froth. 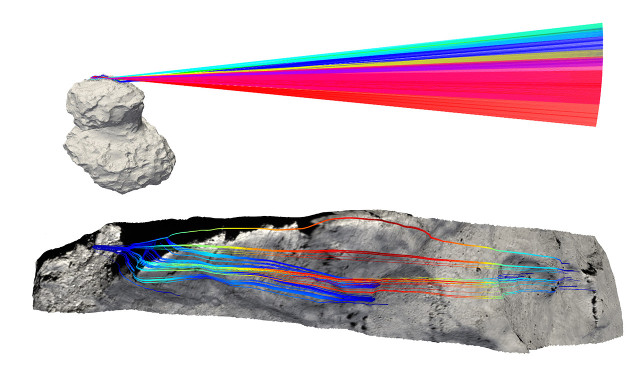 An article published in the journal “Monthly Notices of the Royal Astronomical Society” reports a study indicating that the interior of the nucleus of comet 67P/Churyumov-Gerasimenko is porous and less dense than its surface. A team of researchers reviewed data collected by ESA’s Rosetta space probe and its Philae lander’s CONSERT instrument. The signals exchanged between them through the cometary nucleus propagated at different speeds, indicating a varying density of its interior. This suggests that solar radiation changed the surface, making it less porous. 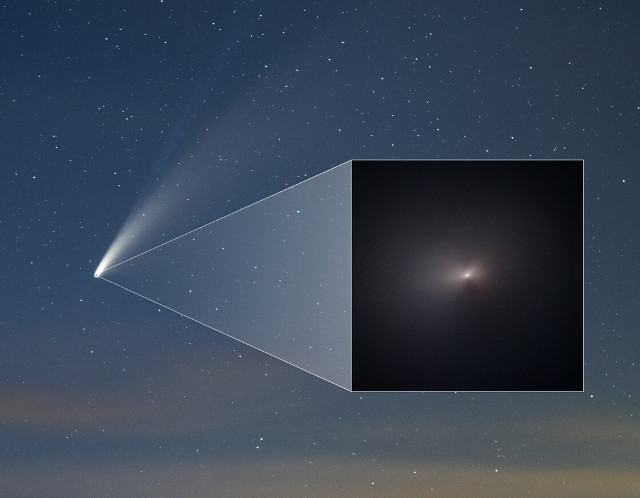 The Hubble Space Telescope was used to observe comet NEOWISE, formally C/2020 F3, which notably shows the coma surrounding its nucleus. The images released were captured on August 8, and are the first photos taken by Hubble of such a bright comet at such a high resolution after it passed close to the Sun. On July 3, NEOWISE passed approximately 43 million kilometers from the Sun, the most critical moment because sometimes comets are torn to pieces. The new images show that this time the comet survived in its entirety and will return to the inner solar system only in 7,000 years. 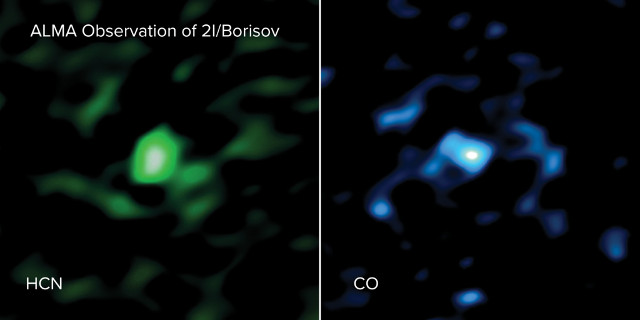 An article published in the journal “Nature Astronomy” reports a study on the interstellar comet 2I/Borisov focused in particular on its chemical composition which highlights the abundance of carbon monoxide and hydrogen cyanide. A team of researchers led by Martin Cordiner and Stefanie Milam of NASA’s Goddard Space Flight Center used the ALMA radio telescope to examine the comet’s emissions detecting that carbon monoxide is present in its coma in an amount that is between 9 and 26 times that estimated for the solar system’s comets. This suggests that it formed in a very cold area of ​​its origin system. 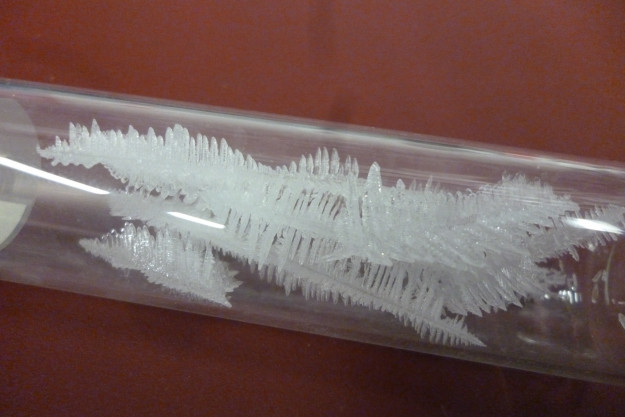 Two articles published in the journal “Nature Astronomy” report the results of as many analyzes of data collected by ESA’s Rosetta space probe which reveal the presence of compounds such as ammonium salts on the comet 67P/Churyumov-Gerasimenko. A team of researchers led by Kathrin Altwegg of the University of Bern, Switzerland, analyzed the data trying to understand the reasons for the scarcity of nitrogen on the comet, concluding that its presence is actually difficult to detect because a part is tied to ammonium salts. These salts are among the building blocks of molecules that include some precursors of life such as urea and glycine, already found on the comet. Another team discovered in the data traces of aliphatic compounds, considered essential for life on Earth, on the comet.