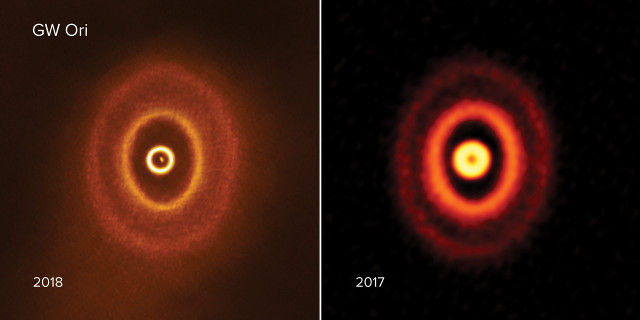 An article published in the journal “Monthly Notices of the Royal Astronomical Society” reports a study on the triple system of GW Orionis, or simply GW Ori, which claims that there is at least one exoplanet, which would be the first known to orbit three stars. A team of researchers led by Jeremy Smallwood of the University of Nevada Las Vegas examined observations of the rings of GW Ori’s protoplanetary disk made with the ALMA radio telescope. The goal was to try to establish the cause of the presence of void within one of them and the conclusion is that one or more exoplanets have formed or are forming.