An article published in “The Astrophysical Journal Letters” reports a study on the alignment of the ultra-cool dwarf star TRAPPIST-1 with its system’s 7 planets. A team of researchers led by Teruyuki Hirano of the Tokyo Institute of Technology used the Subaru telescope on Mount Mauna Kea, Hawaii, to observe that system not finding a significant misalignment of the planets with respect to their star. The astronomers who conducted the study warn that the measurements’ accuracy is not enough to completely rule out a small misalignment, but the result is significant in the study of the evolution of very small stars’ planetary systems.

The TRAPPIST-1 system became famous after the confirmation of its seven rocky planets on February 22, 2017. Three of those planets orbit in the system’s habitable zone, but also on others there are at least some areas where there could be liquid water if they had an atmosphere comparable to the Earth’s. This system has become a sort of space laboratory to test exoplanet models with the hope of understanding in particular if any of them are truly habitable.

In recent years the TRAPPIST-1 system has been the subject of observations with several instruments to add information about its planets, but researchers still offer theories with no certainties. A star system’s history is important to understand its planets’ current characteristics, and the alignment between a star’s rotation axis and its planets’ orbital plane tells us something of that history. For this reason, Teruyuki Hirano’s team tried to measure that alignment in the TRAPPIST-1 system.

In their investigation, the researchers exploited the Rossiter-McLaughlin effect, illustrated in the bottom image (Nicholas Shanks). The viewer is situated at the bottom. Light from the anticlockwise-rotating star is blue-shifted on the approaching side, and red-shifted on the receding side. As the planet passes in front of the star it sequentially blocks blue- and red-shifted light, causing the star’s apparent radial velocity to change when it in fact does not.

So far, the Rossiter-McLaughlin effect has been used to measure the misalignment of gas giant exoplanets in systems with stars larger than TRAPPIST-1. No one had yet been able to measure the axis tilt of the star TRAPPIST-1, but Teruyuki Hirano’s team used the IRD (InfraRed Doppler) spectrograph mounted on the Subaru telescope and activated at the beginning of July 2018. Thanks to IRD, it was possible to obtain the first measurement of the axis tilt of a very small star, and in this case it turned out to be close to zero.

The star TRAPPIST-1 and its seven planets turned out to be well aligned, or at least the measurements don’t indicate a significant misalignment. However, the accuracy isn’t sufficient to rule out a small misalignment. In other star systems, misalignments have been discovered, and that led astronomers to wonder whether they were born this way or some perturbation caused it. The TRAPPIST-1 system has no nearby objects that could cause perturbations, so the planets’ orbits should be close to those in which they formed. This means that astronomers think they can investigate that system’s primordial conditions even though it’s probably much older than the solar system. Reconstructing its evolution will probably still take a long time, but confirms that it’s very interesting. 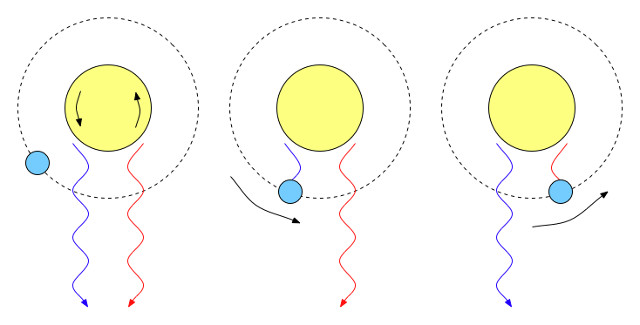 Previous Post: The Ascuris Planum plateau on Mars sculpted by important geological processes
Next Post: An explanation for the origin of the Fermi bubbles